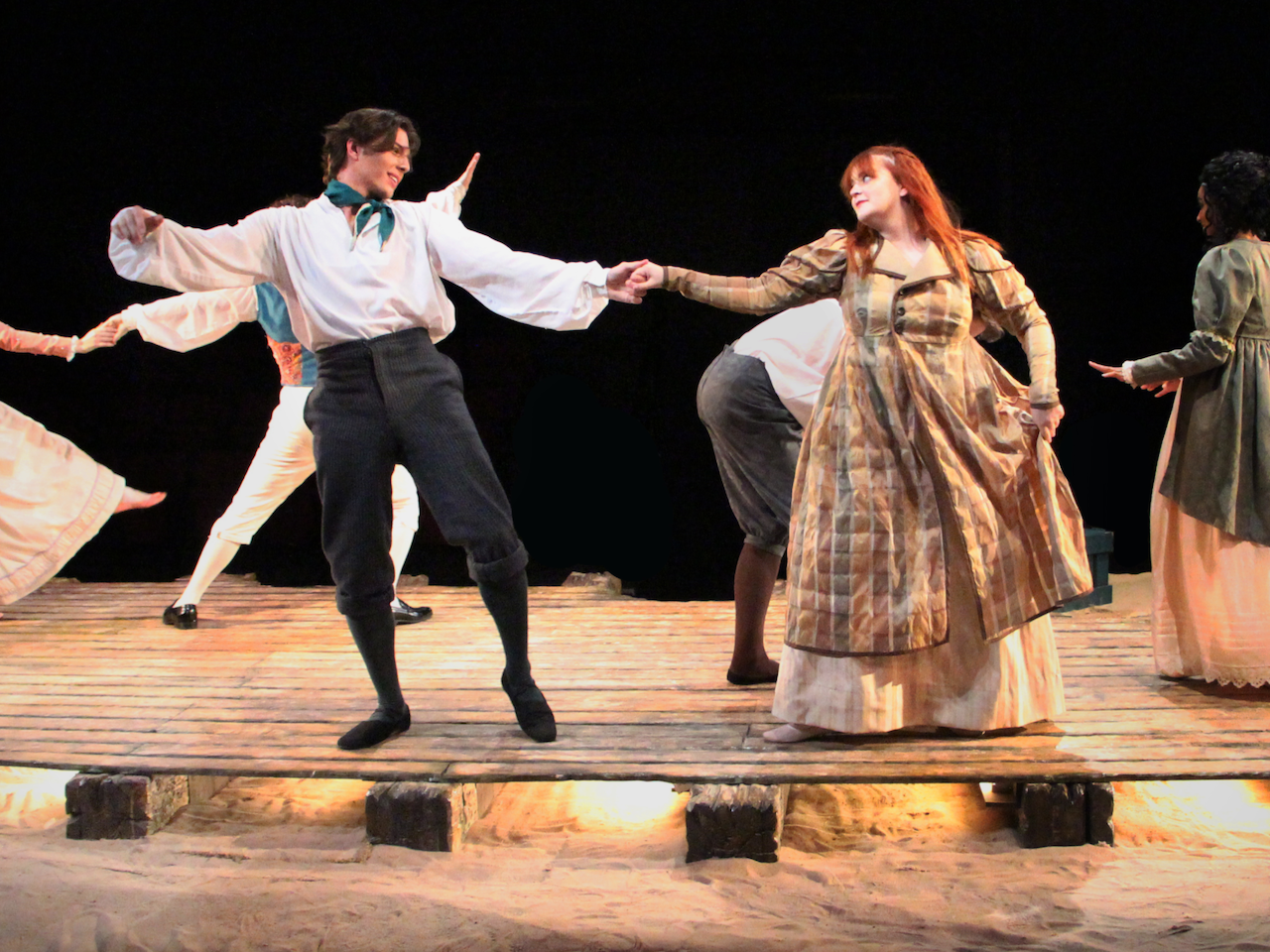 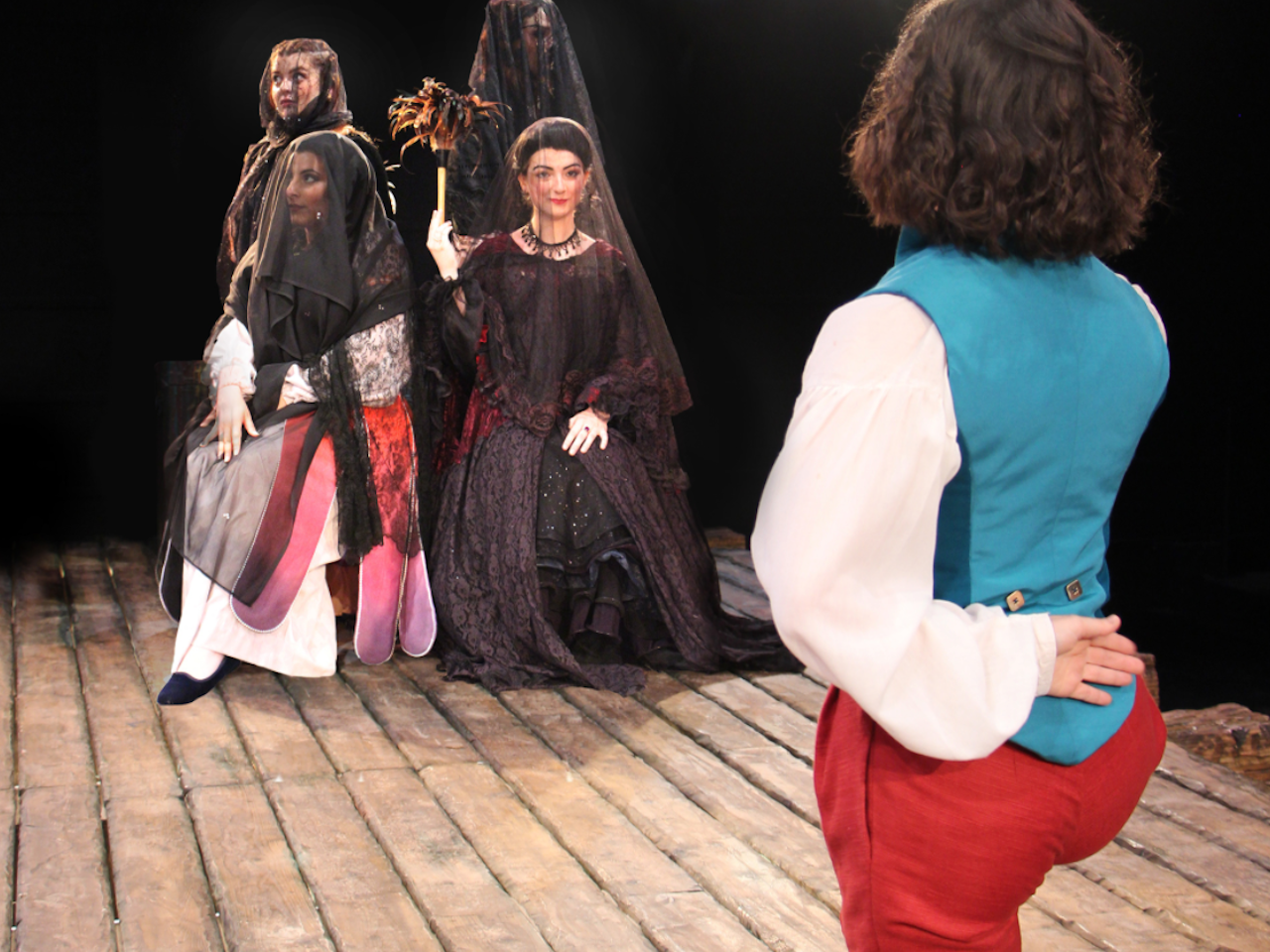 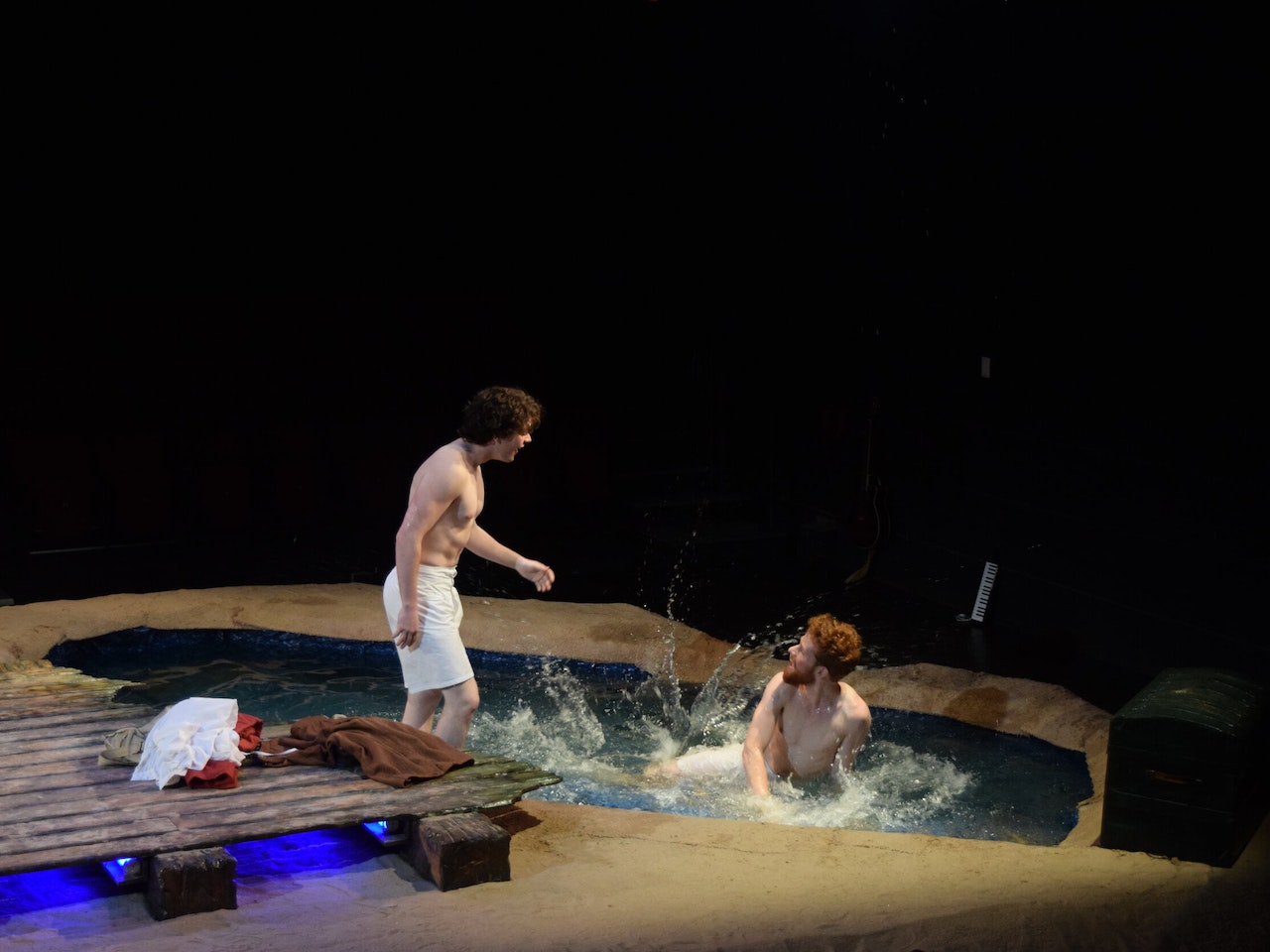 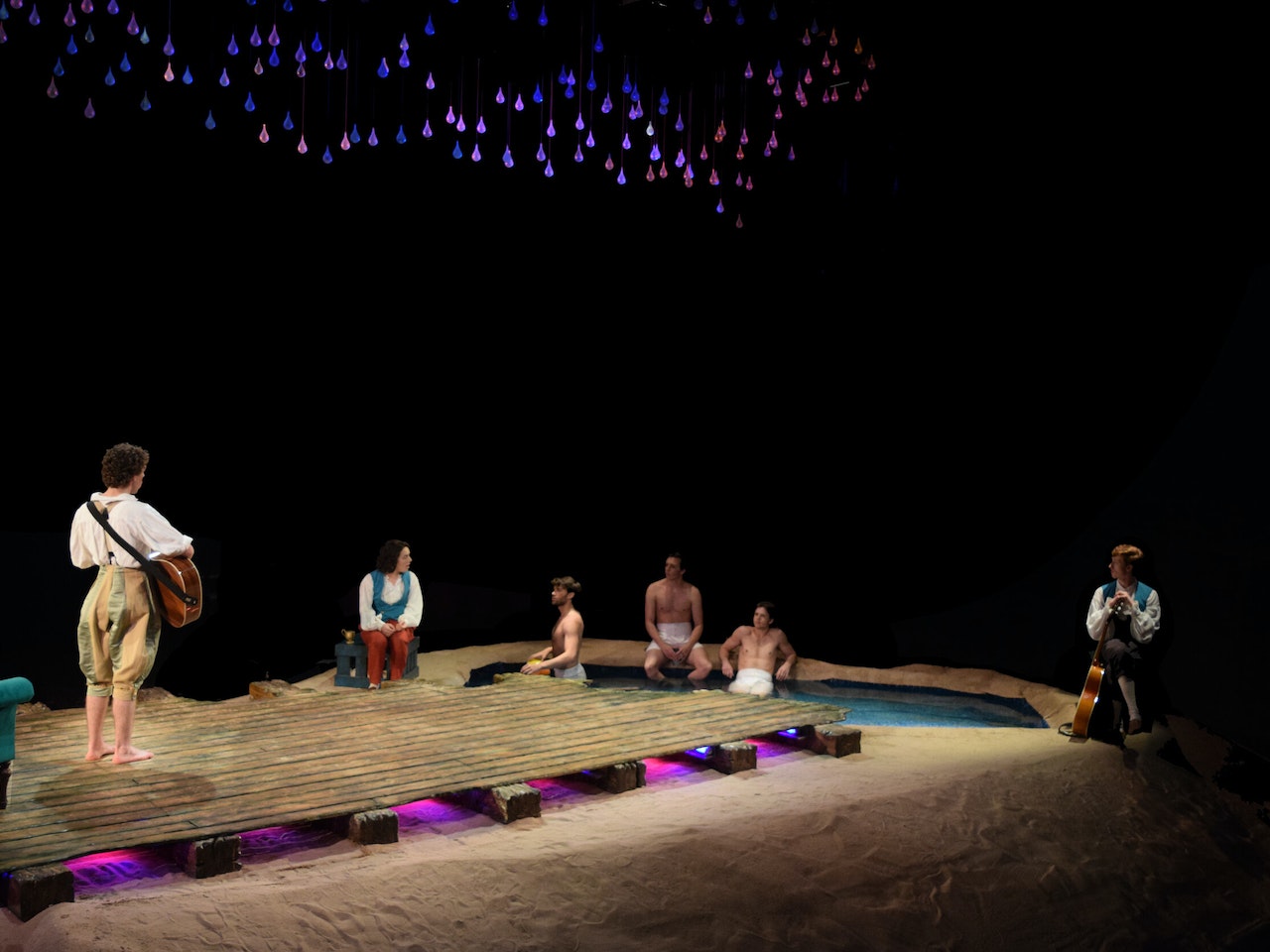 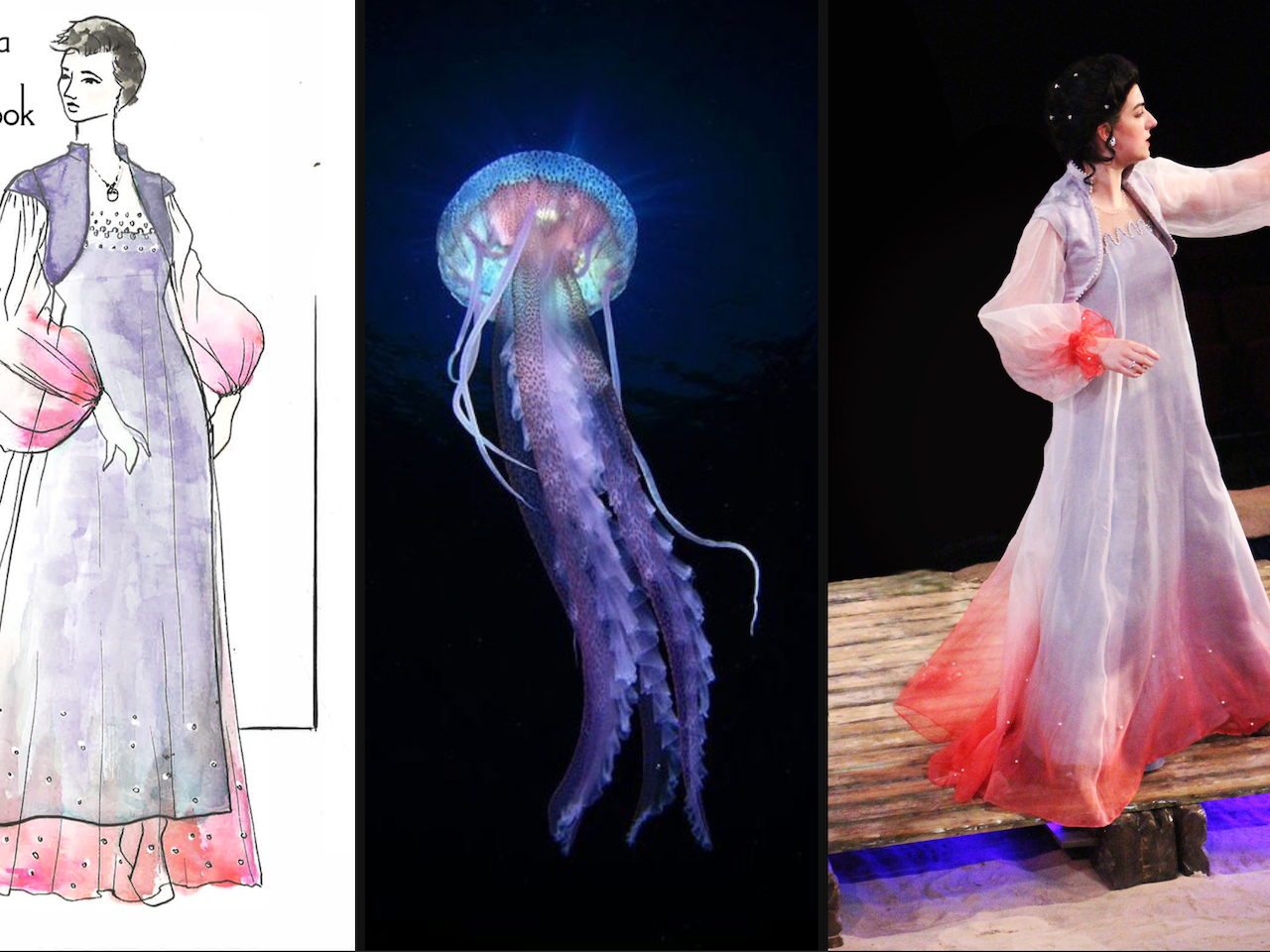 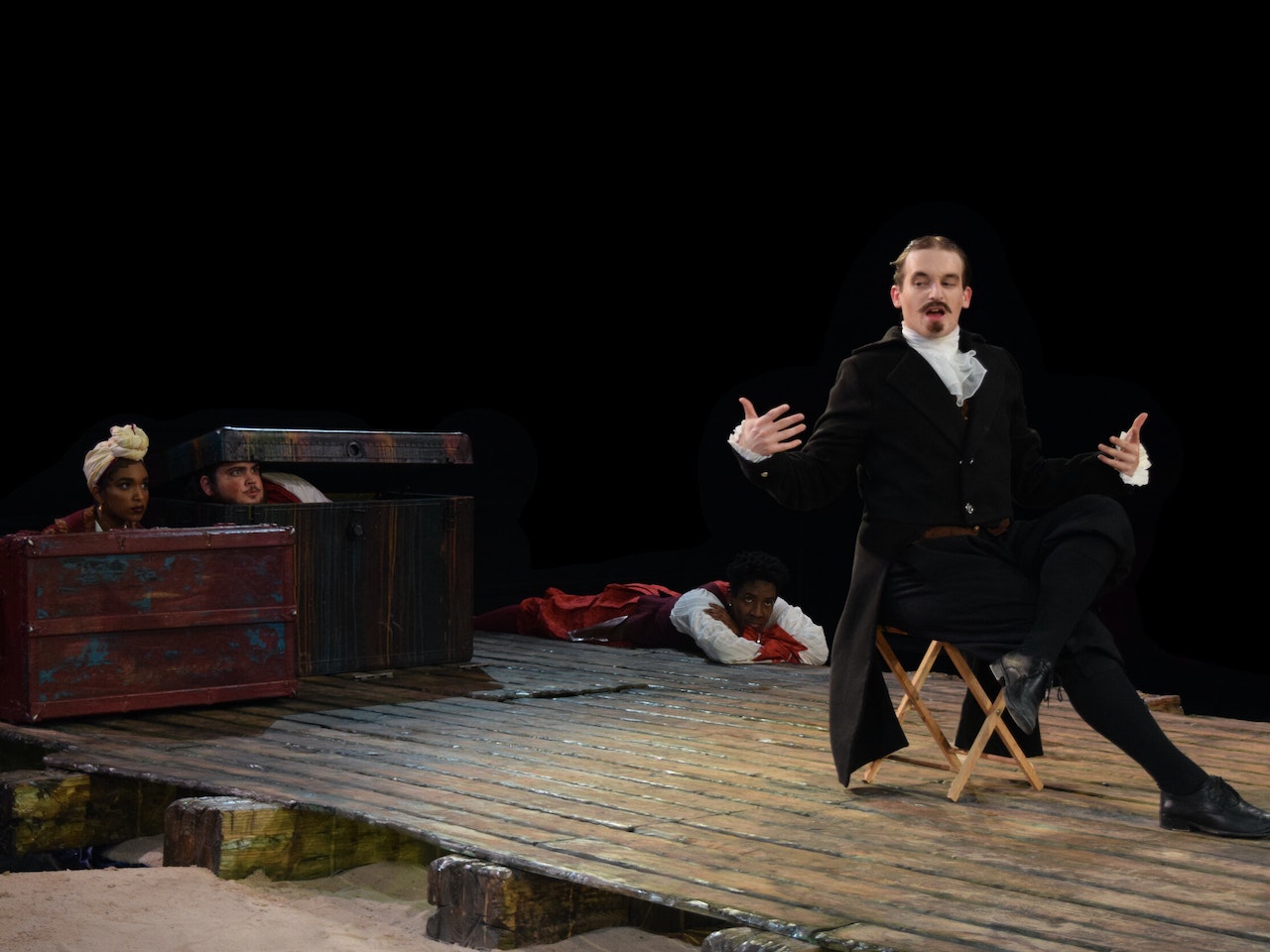 This production of Twelfth Night was performed in Spring 2019 in the Weitzenhoffer Theater at the University of Oklahoma. My Co-Dramaturg for this production was Sylvia Kramer, and we collaborated extensively on every aspect of the dramaturgy process. You can download a PDF of our Dramaturgy Presentation here.

Sylvia and I were awarded the Oscar Brockett Dramaturgy Award for our work on this production.

What’s in a name? When it comes to Shakespeare, quite a bit. His festive comedy, Twelfth Night, is fittingly named for a holiday – the night in January that finished out the twelve days of Christmas with a bang. In Elizabethan England, this holiday was linked to the tradition of misrule - throwing the world joyfully (and temporarily) out of its proper order. On Twelfth Night, servants could become masters and peasants could become lords. Sir Toby and friends embrace the festive roots of the title with their raucous revels, but Twelfth Night reflects misrule in a more fundamental way, too. Illyria is a world out of order. Storms splinter ships, women dress as men, lowly stewards dream of marrying countesses, fools offer wisdom, and the sweet savagery of unrequited love threatens to destroy nearly everyone. Luckily, though, Illyria is not doomed to its disorder forever. Just as the whirligig of time brings every party to an end, time pulls the characters towards reconciliation, reunion, and romance.

Our iteration of Illyria is built on the presence of water. Constant in quality, yet shifting in temper; reflecting the world while refracting reality, Illyria, like water, finds its truest self in the in-betweens. This ever-shifting nature seeps through the script in Shakespeare’s water-laden imagery, prompting stormy plot points and tumbling out in tears of “eye-offending brine.” The dualities of water have shaped our story and made room for us to live in both the deep, depressive ache of unrequited longing and the boisterous laughter of unrestrained joy. We may laugh, but we also mourn and pine. Perhaps we do them all at once - in Illyria, anything is possible

“Fool” - a professional entertainer in an Elizabethan court
“Greatness” - status as a member of the nobility
“Catch” - a type of song we know as a “round” where singers begin the song at different times to interweave the melody.
“Liver” - the part of the body thought to be the seat of passion
“Gull” - as a verb, to trick someone; as a noun, the person being tricked