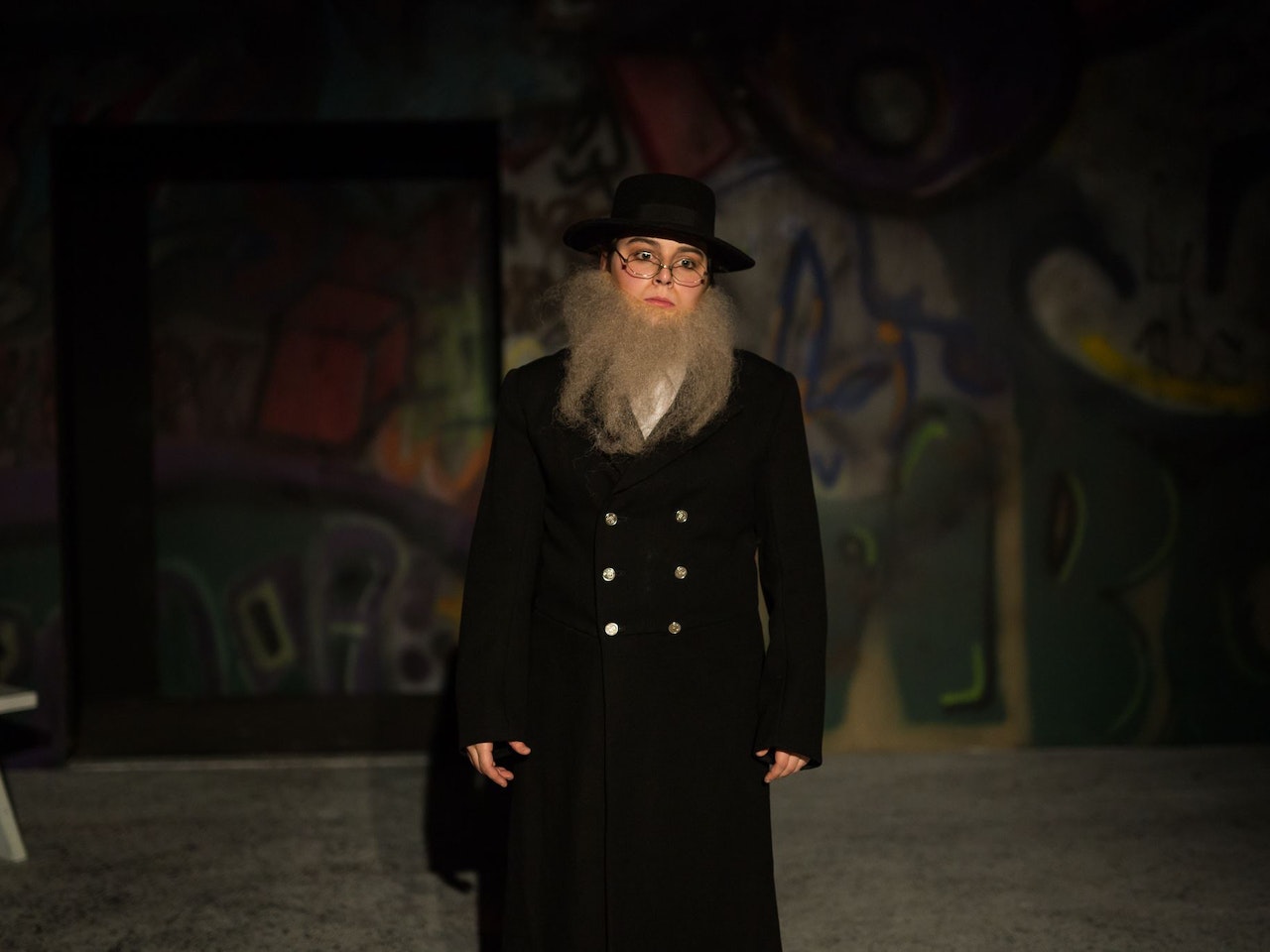 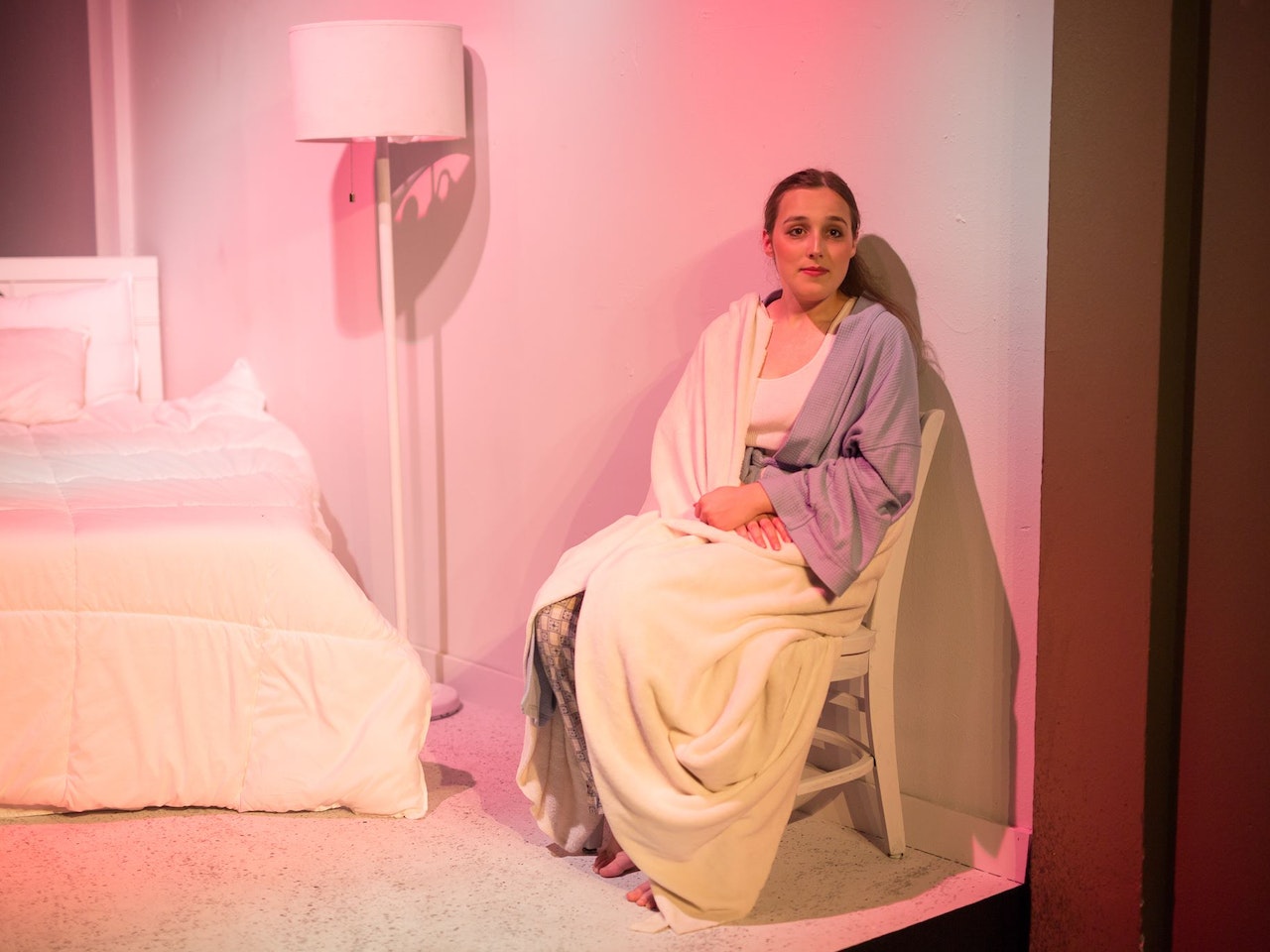 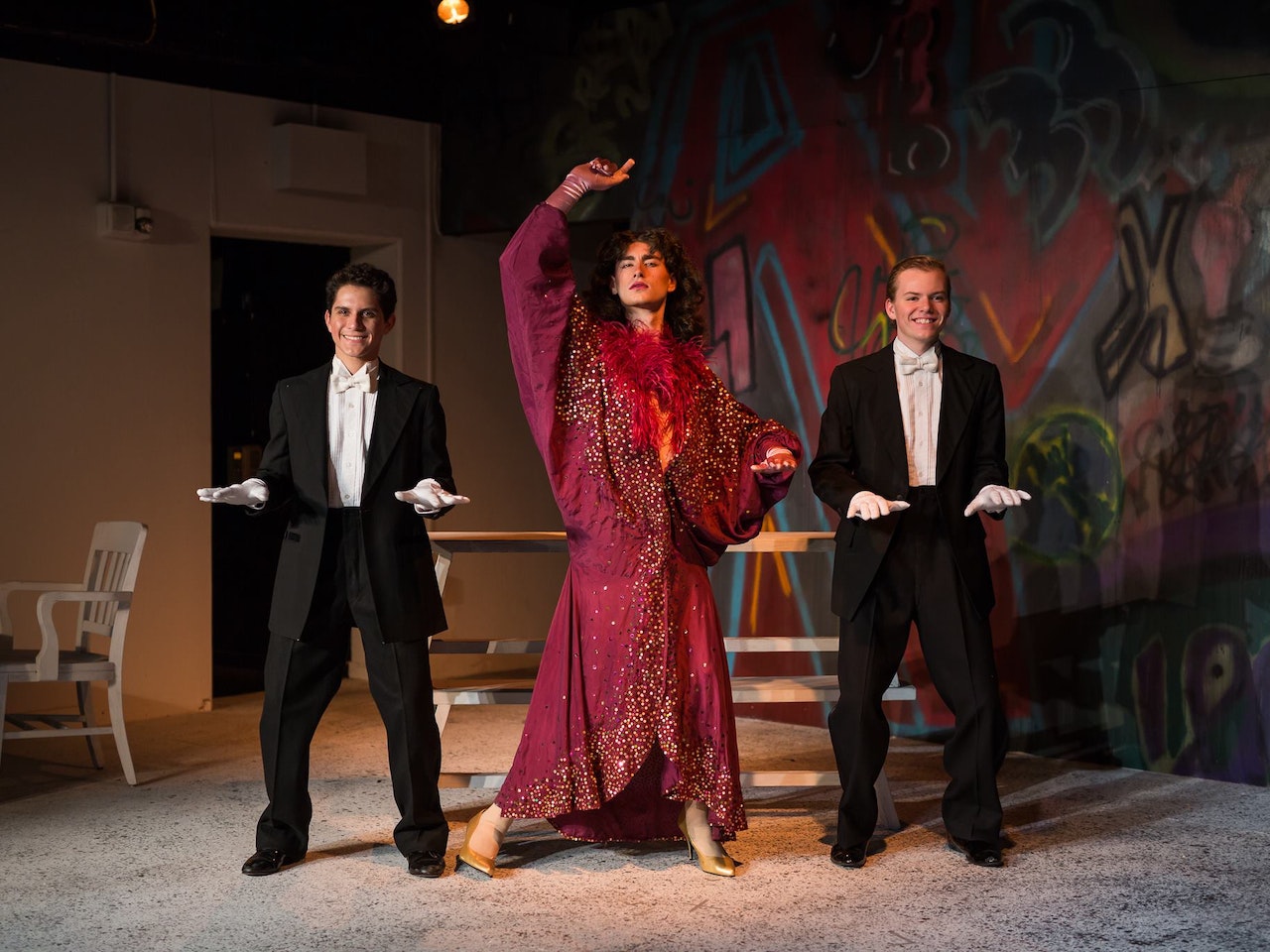 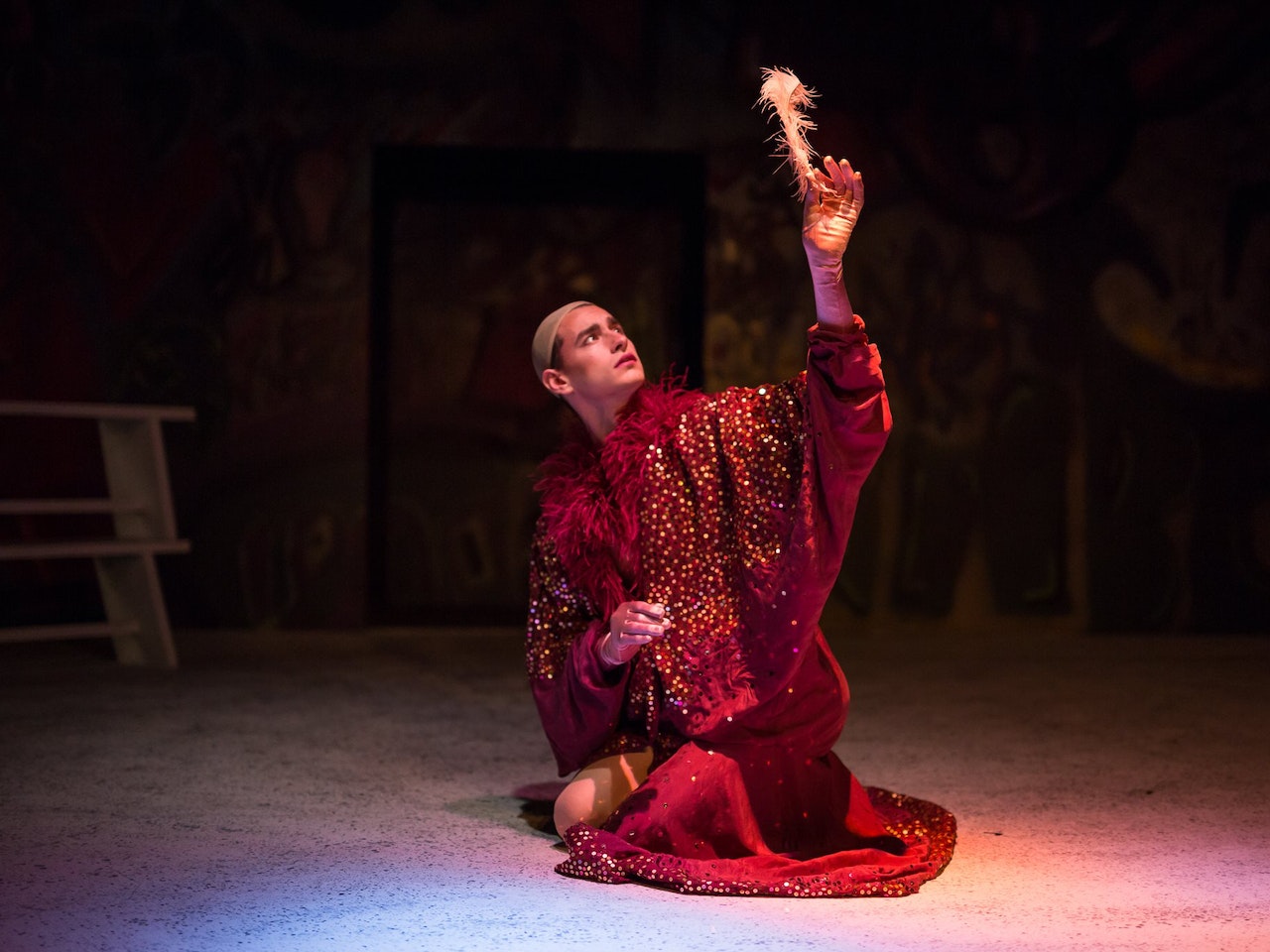 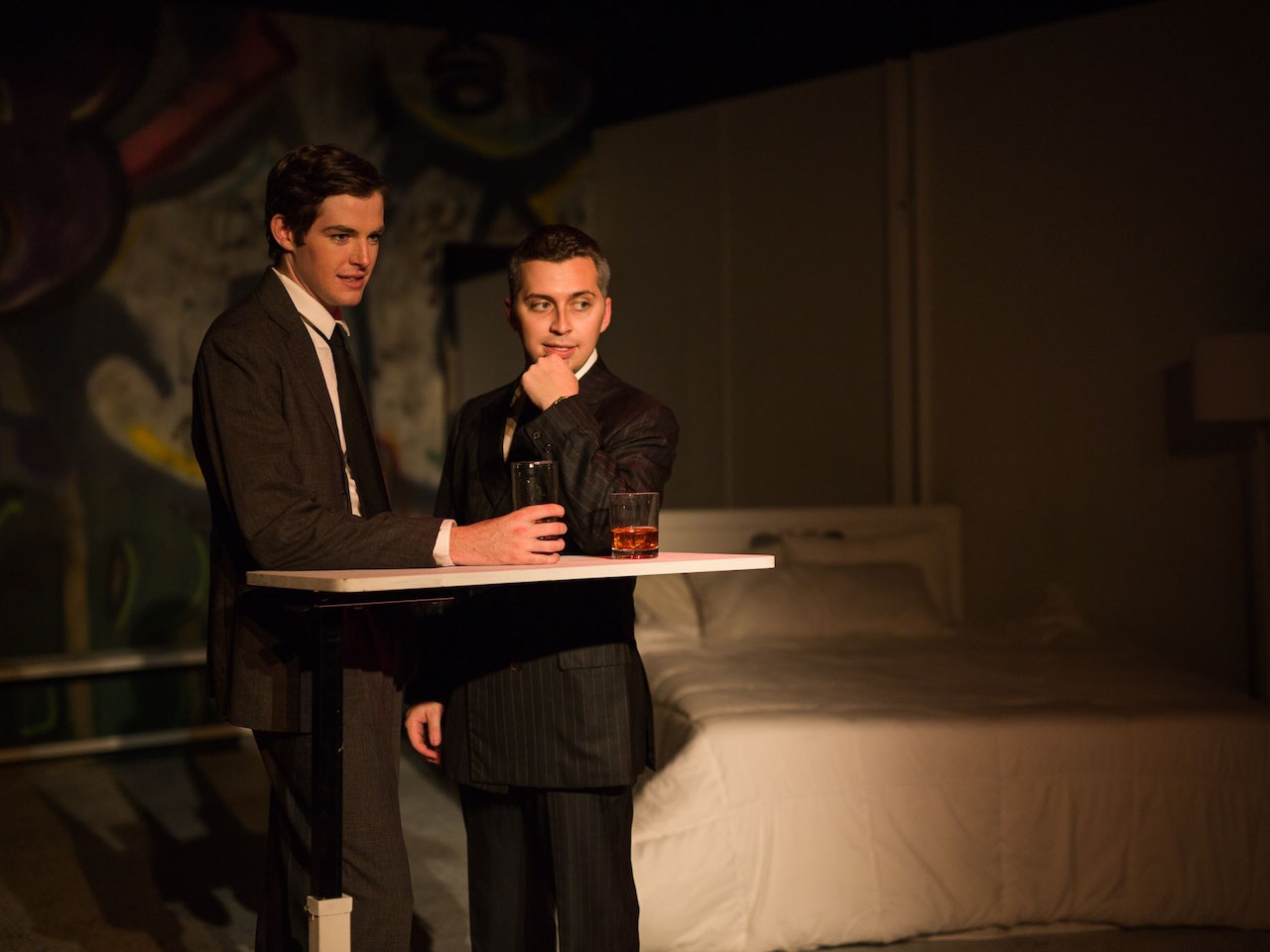 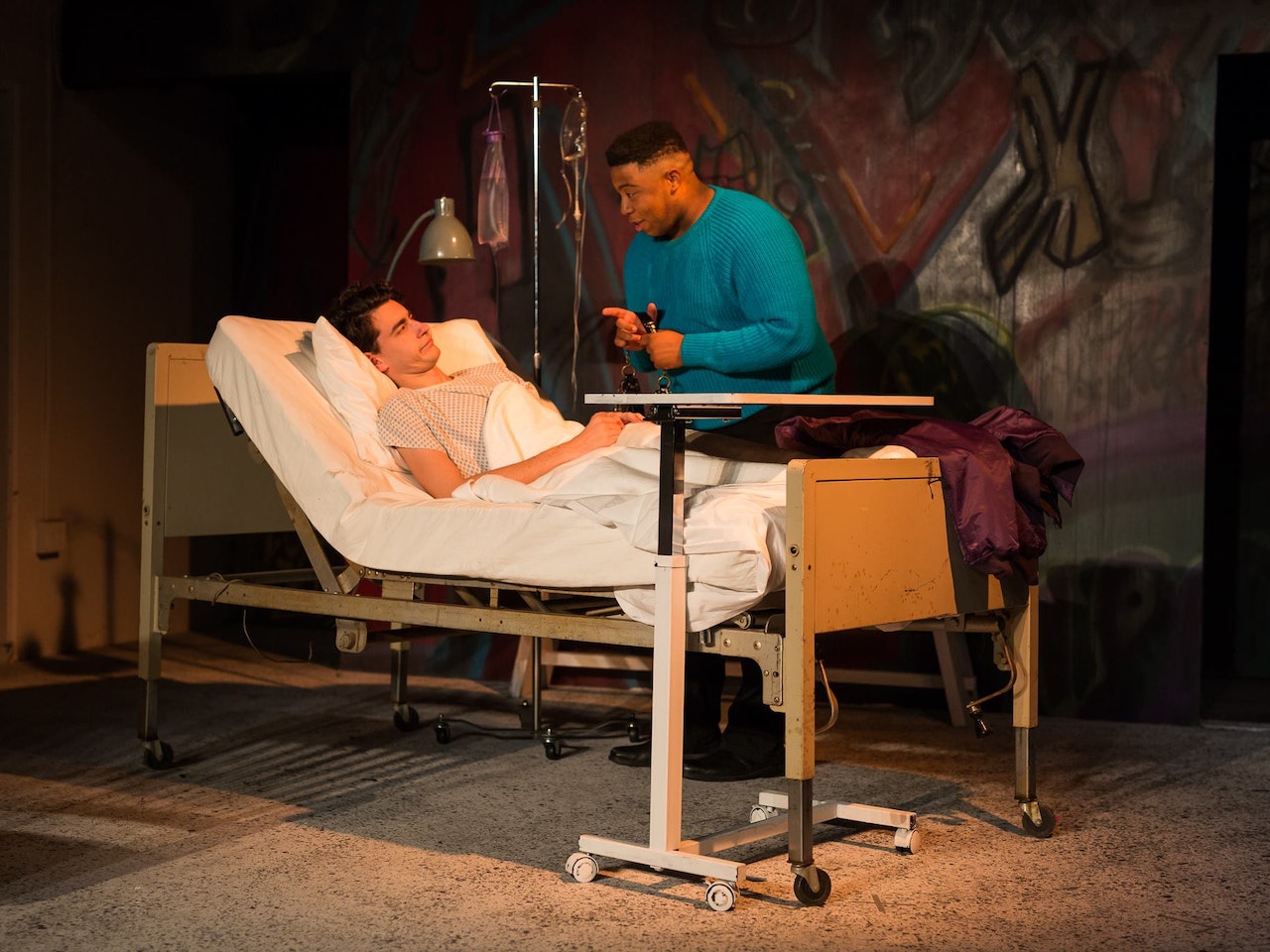 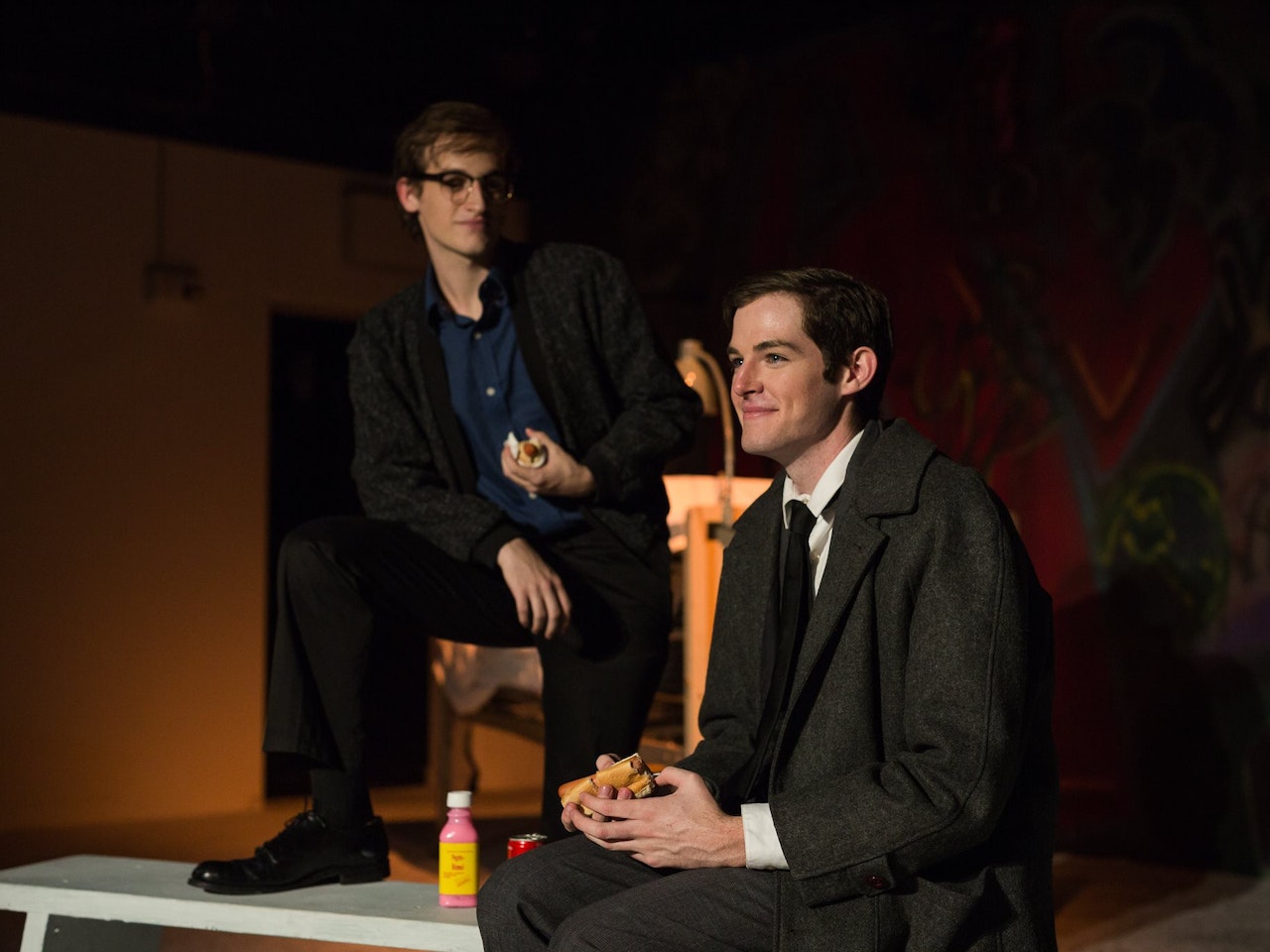 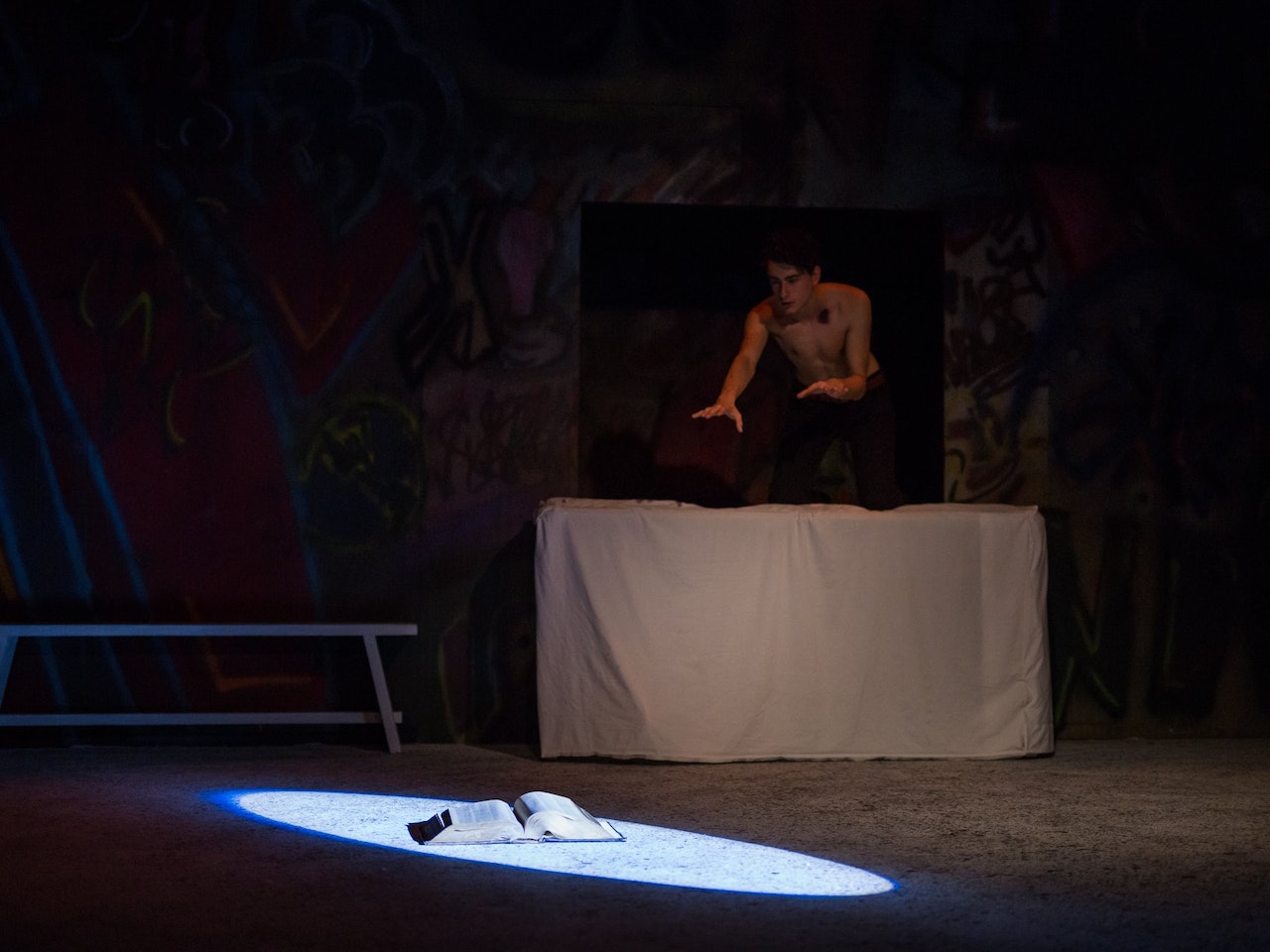 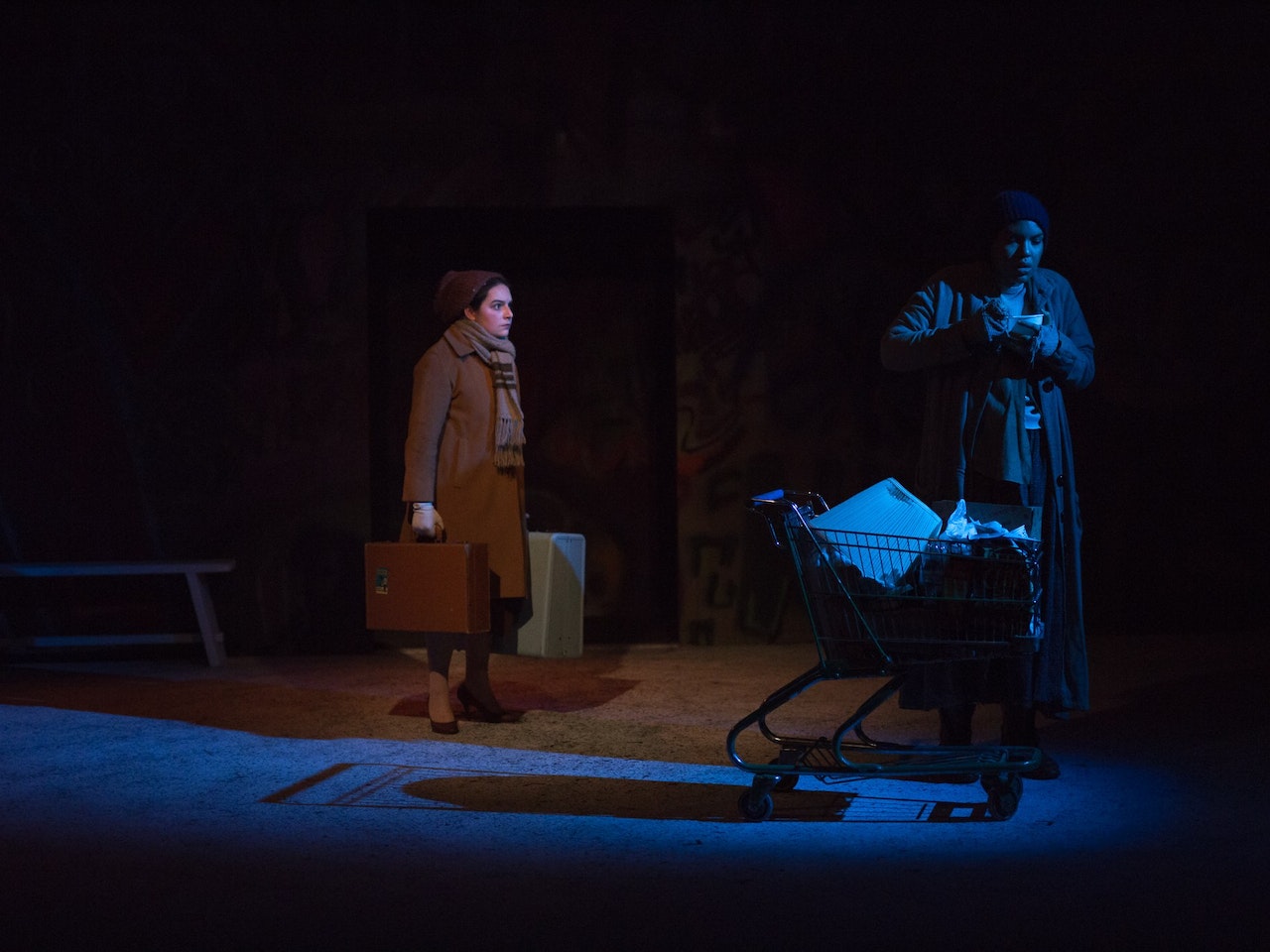 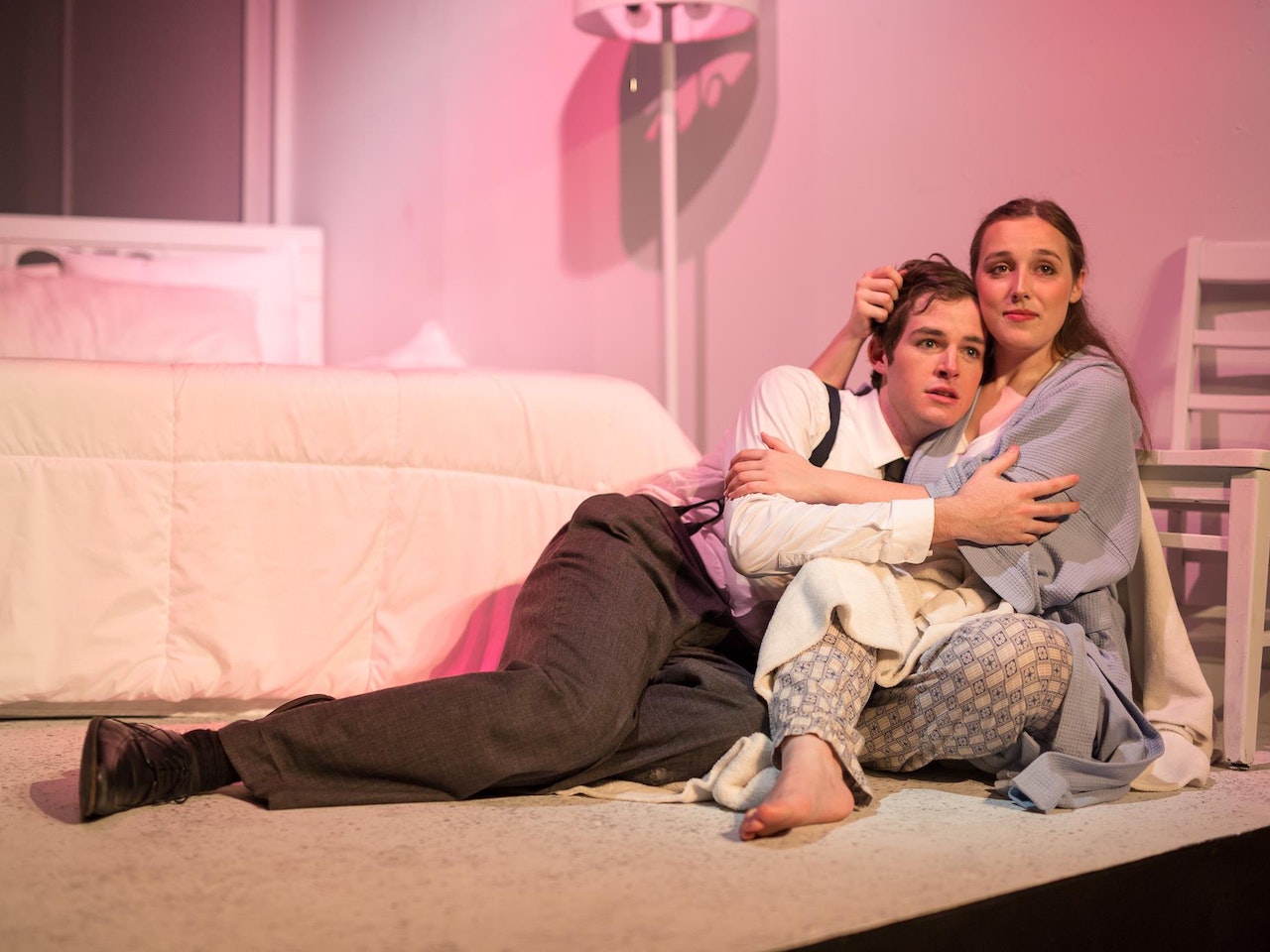 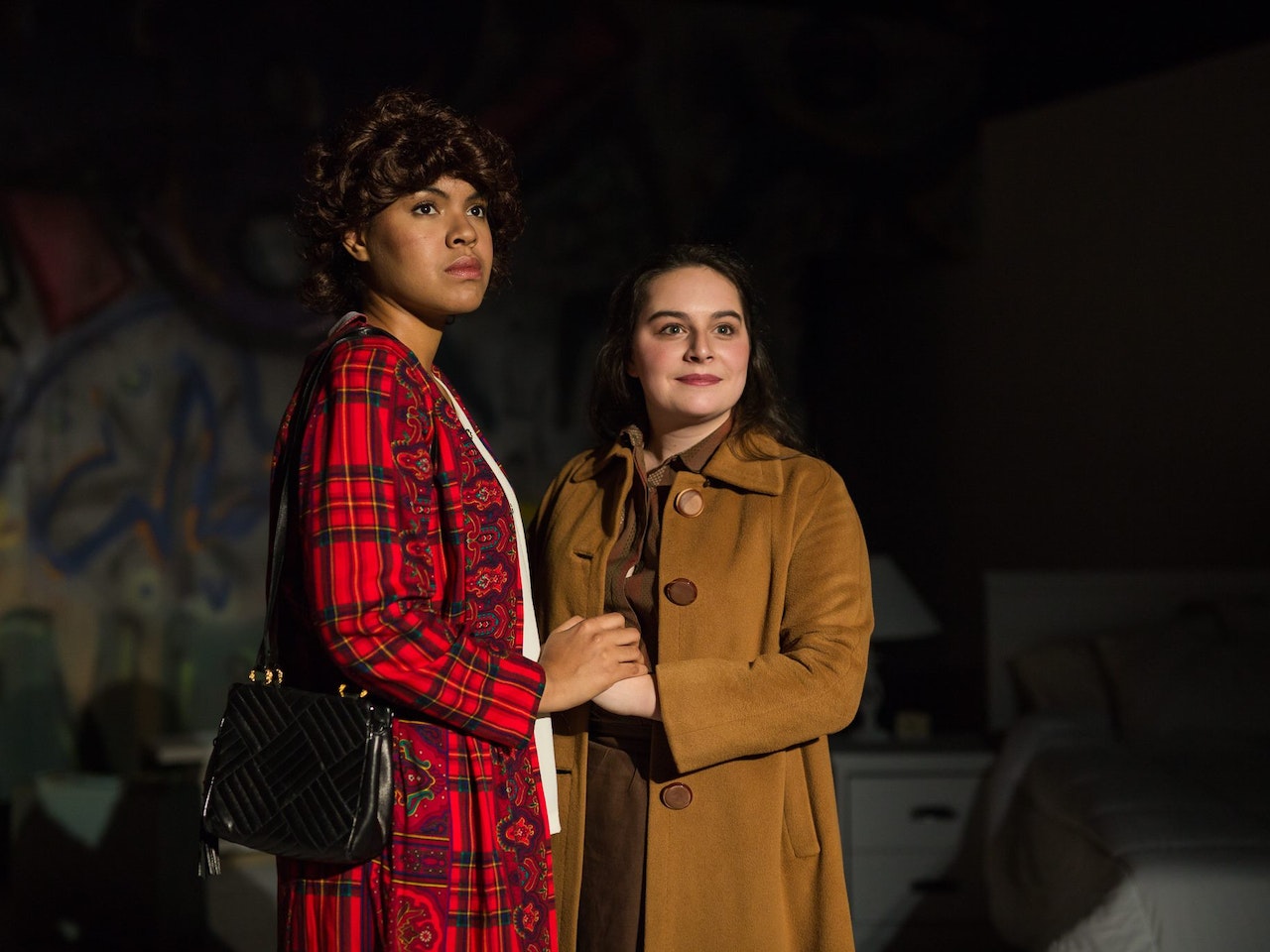 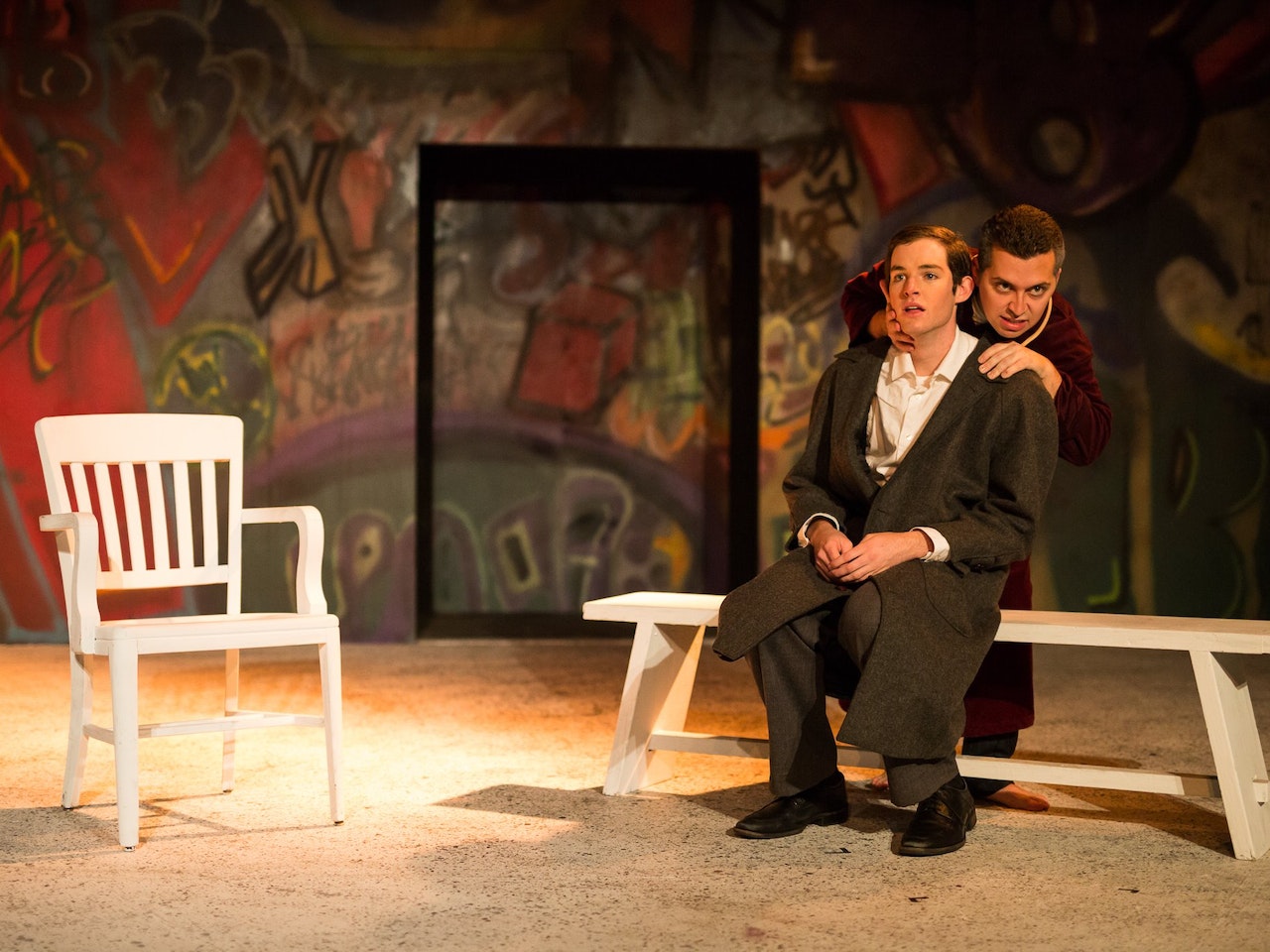 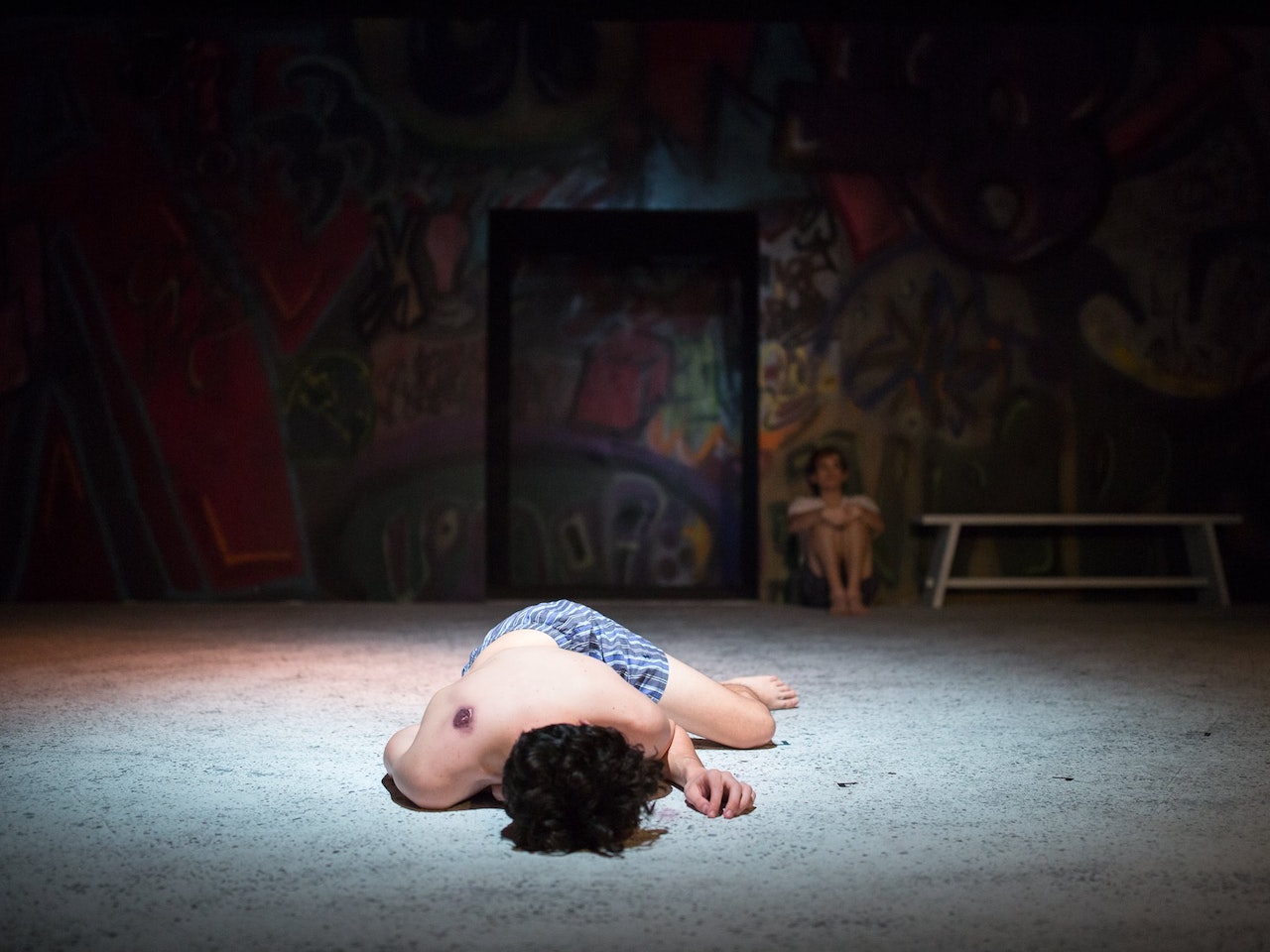 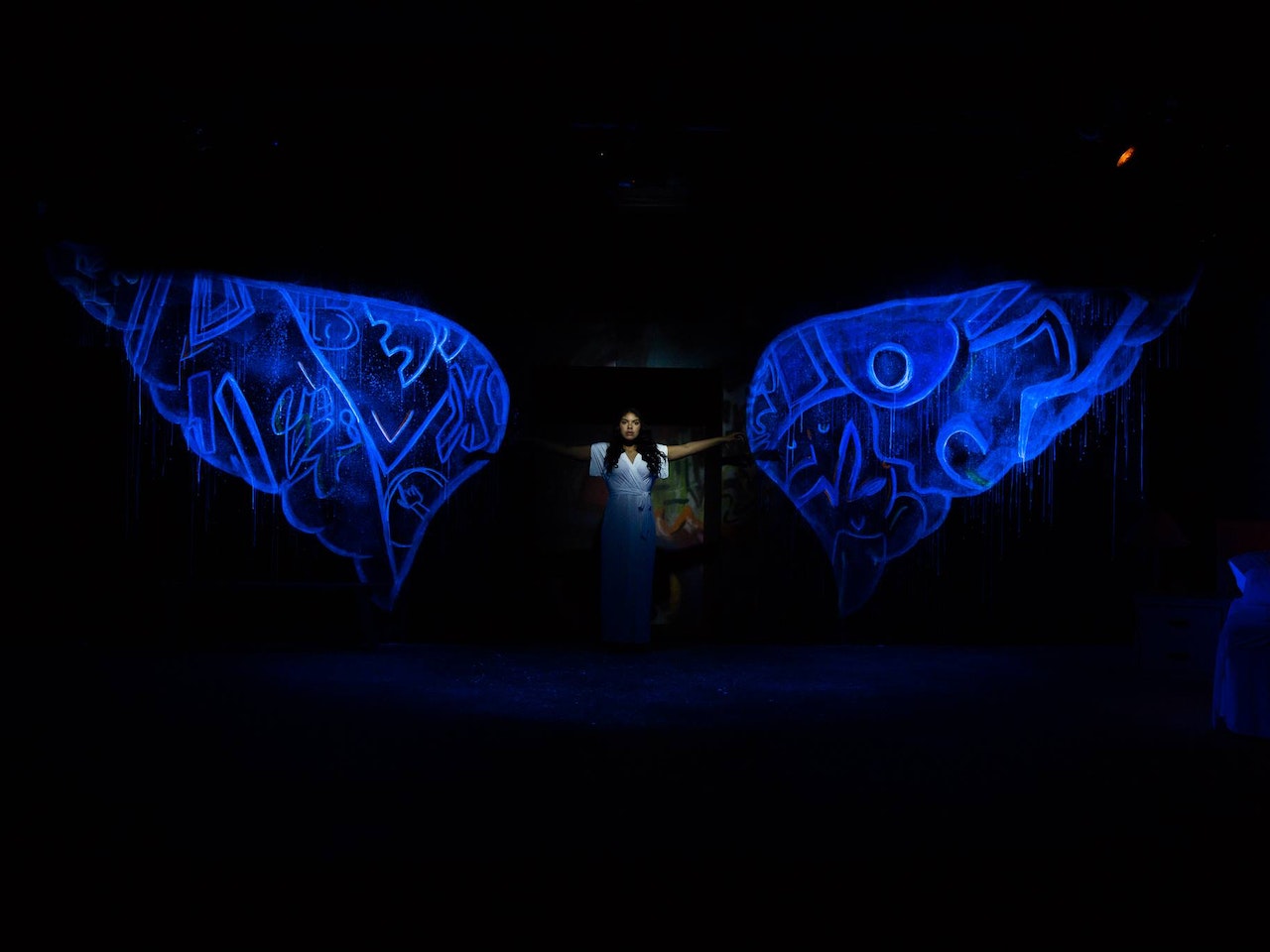 I functioned as Dramaturg and Assistant Director for this production of Angels in America Part I: Millennium Approaches. This production was presented in rep with a production of Angels in America Part II: Perestroika, which had a different director, creative team, and cast. However, I worked closely with the dramaturg for Perestroika, Abigail Schmitz, in our pre-production process, and we gave a shared dramaturgy presentation to both casts/creative teams at once.

I was awarded the Oscar Brockett Dramaturgy Award for my work on this production.

You can see a PDF of our Dramaturgy Presentation here.
My casebook for this production is available upon request.

It’s 1985: fifteen years to the third millennium. The earth has grown old, and the weight of a new era looms over the world like a membrane stretched thin, poised to snap.

The AIDS pandemic continues to spread throughout the country, attacking gay men with an apocalyptic fury. Ronald Reagan is elected to serve a second term as President of the United States touting a new conservative economic policy and gutting social welfare programs. Justice Departments across the country engorge with conservative judges, shaping law for decades to come. The Cold War rages on, Mikhail Gorbachev has risen to power in the Soviet Union, and the world waits with bated breath, dreading the threat of nuclear Armageddon. Danger and uncertainty hang above the horizon—the end of the world seems at hand.

As the world changes, so too do its citizens. Relationships are tested, bonds bending under the weight of hard, new truths. Stasis is shattered. Choices must be made: remain and rebuild or migrate and move on? Repay one’s debts to love or first fulfill the obligations to the self? Angels in America: Millennium Approaches tells the story of people in crisis, trapped in an unraveling world, and the choices they make to cope.